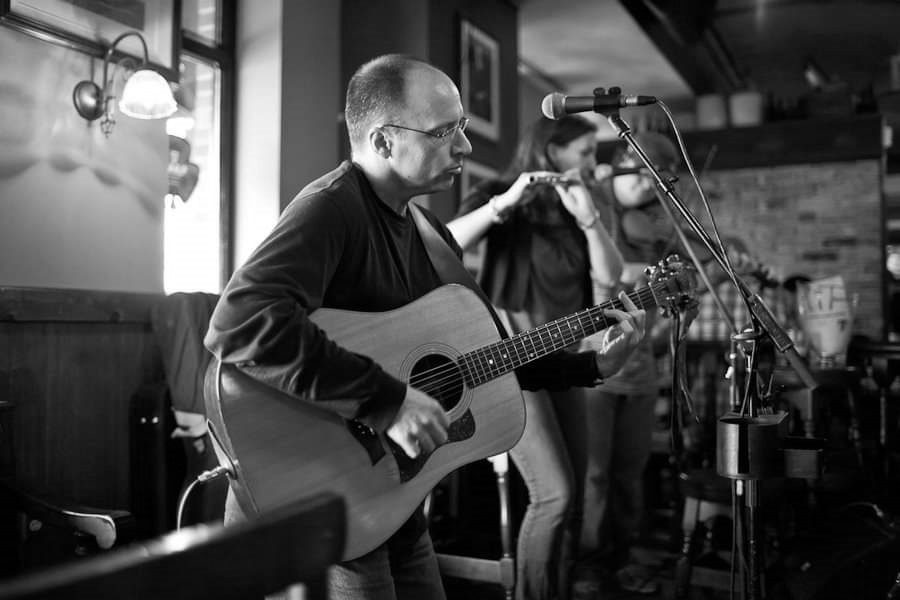 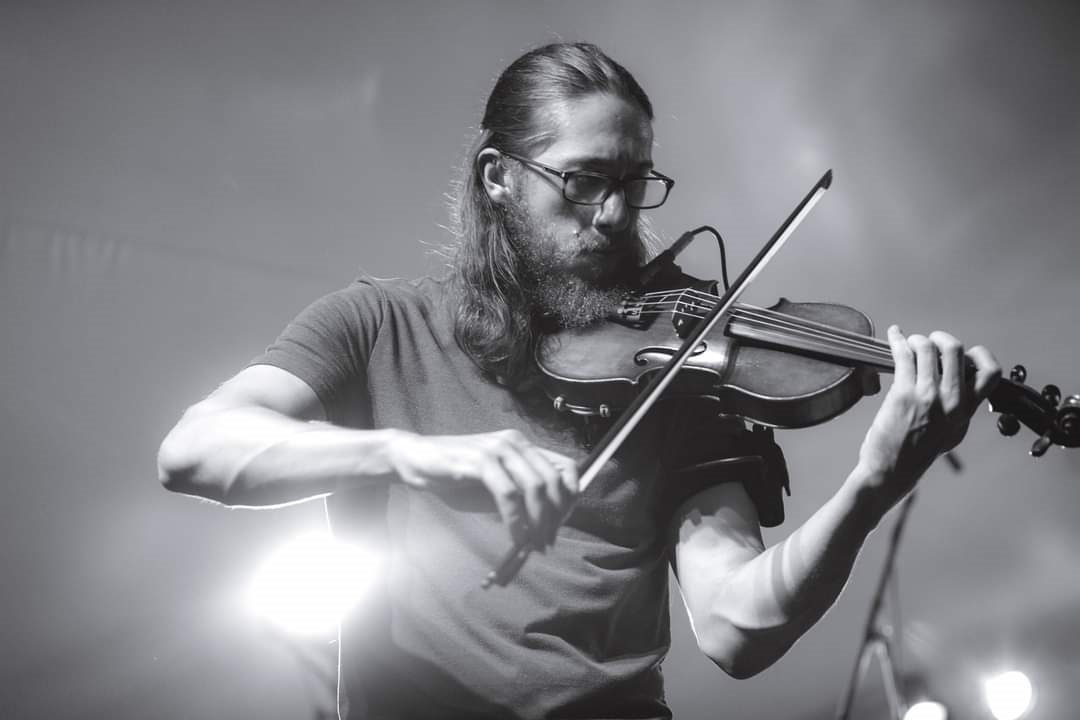 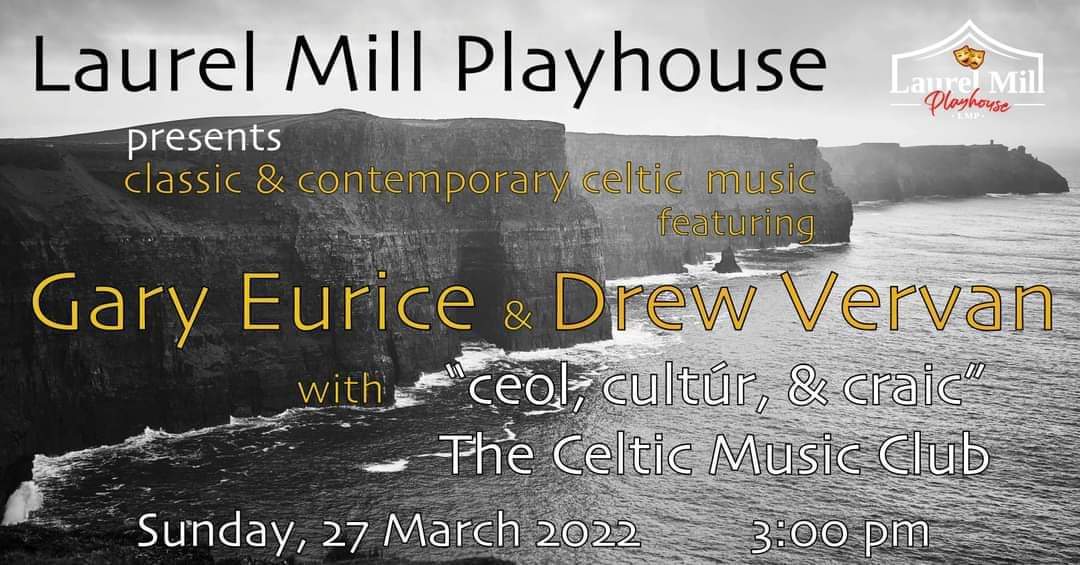 As we are a small venue, we ask that you prepurchase tickets to assure yourself of a seat!

Gary Eurice is a seasoned multi-instrumental performer both in bands and as a solo act and has been involved in the Maryland Celtic music scene for years. A former student of Drew’s, the two have performed together countless times in a variety of scenarios and configurations. Today, Gary can mostly be found playing solo gigs in pubs around central Maryland as well as playing the fiddle in Pennsylvania-based Celtic rock band, the Kilmaine Saints.

Drew’s hybrid celtic-acoustic folk-rock sound has many influences, ranging from Pete Seeger to Pete Townshend. He draws from the energy and diversity of Celtic music of Ireland and Scotland; and the vitality of acoustic music in the pop and rock genres. He spent three years working as a musician in Europe, and, during that time, he performed extensively in Germany and Ireland. Drew is, primarily, a singer-songwriter, but he loves to play guitar and fiddle, every chance he gets.

The Celtic Music Club is a small group of musicians, dedicated to celebrating the music and culture from the Celtic nations, most notably, Ireland and Scotland.

Our main activity is a weekly gathering, during which we play instrumental dance tunes, on traditional instruments, including violin (fiddle), mandolin, guitar, flute, tin whistle, concertina, accordion, cittern (aka bouzouki), and bodhran (Irish drum). Other stringed and/or treble instruments, such as cello, are included – and welcome!